I phoned Jasper Carrot this evening.
"It's only a matter of time and you'll be 'doing' spiders!", he proudly mocked. "Yeh right, " I replied, "I'm a birder and a bald birder at that!". 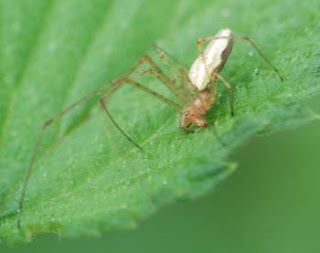 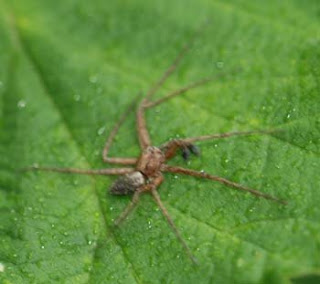 Shortly afterwards I was viewing a spid through the viewfinder and getting more confused than ever. And then another, and more confusion.
Still, on this damp June evening a few mollusca could slide in to photographic range. With my new-found 'put a name to it' philosophy, some of them seemed easy. Take Arion ater for starters - Large Black Slug. 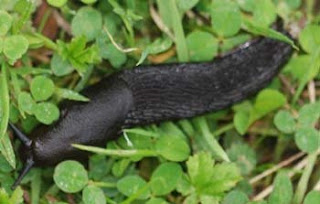 Then there was the snails - on this topic, I definately need a new book. 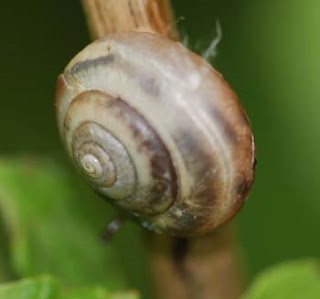 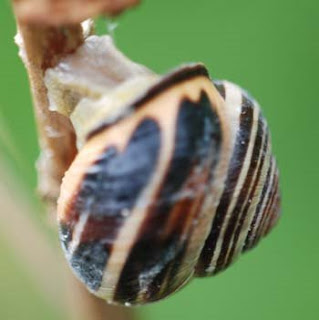 For some of the odd stuff there was a few new names this evening; on the wild rose was Robin's Pincushion Gall (also known as Bedeguar Gall) - caused by Diplolepis rosae, and on the ground ivy was a gall caused by Liposthenus glechomae. 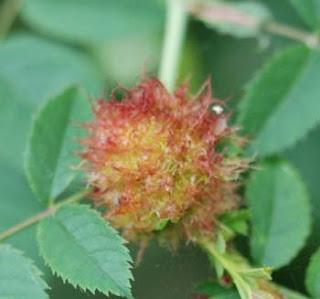 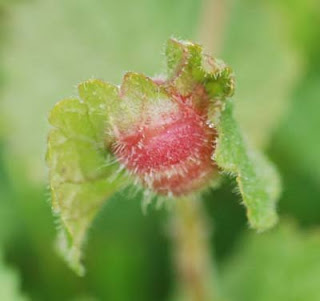 Dragonflies put in a good performance in the rain with a nice Black-tailed Skimmer and many Azure Damselflies (two years ticks on the old 2008 Odonata list). The Azures having a distinctive 'U' on segment two. 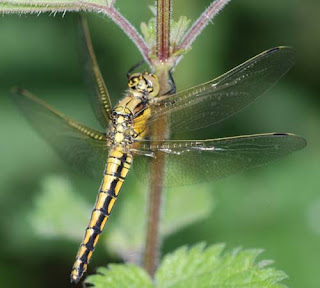 Further looking produced Spotted Crane-fly and a couple of other bits which will have to wait until another day before being named with any degree of uncertainty. 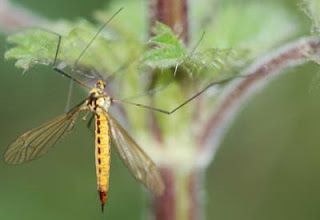 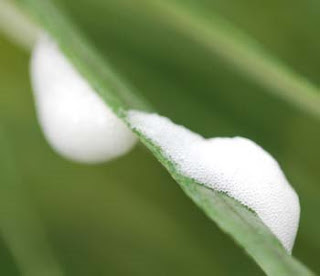 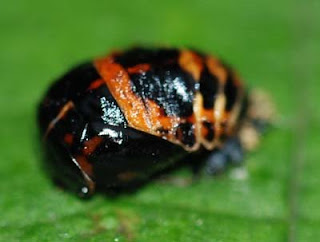 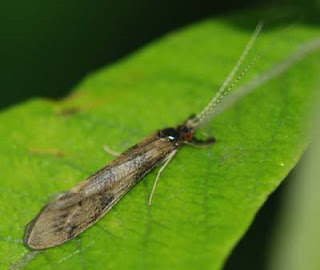 The two spider pics, I think the first could be a Tetragnatha sp. with the elongated white abdomen. The other is pretty difficult to tell from a photo, but judging by the length and posture of the legs, it may be a Philodromus sp, but I'm by no means certain.