A slight change in route round the grounds produced some nice bits and bobs. Pride of place went to this very wasp-like sawfly. 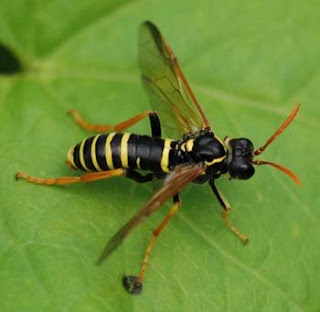 Tenthredo arcuata or 'Very Wasp-like Sawfly' to give it its new common name. 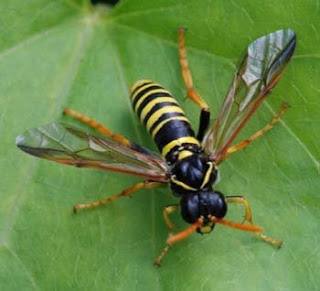 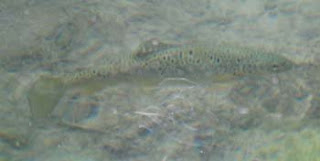 Brown Trout in the stream. According to my ancient Observer Book of British Trout, this has the latin name of Salmo trutta fario, which means it is a sub-species of Trout. Press your nose up against the monitor and you should be able to see small red circles on the lower half of the fish which mean it is a Brown Trout (now turn round and try and convince the person watching you that you're not going potty!). 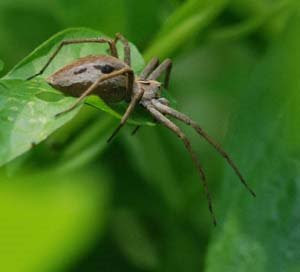 This was quite a large spid - the sort of size that you could make a Sunday roast out of. As for its ID? I'll have to wait for the Puttenham's answer to Spiderman to help out. 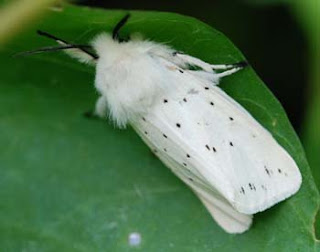 White Ermine - almost virginal
Posted by The Bald Birder at 19:04

The spider pic is of a Nusery-Web Spider(Pisaura mirabilis) which is quite distinctive with the size, shape and pale line down the centre of the carapace, but often has quite a variable pattern on the abdomen.