Ah, the morning after the afternoon before. A walk round the rather nice waste area behind the hotel before breakfast showed up some expected niceties.

First up was a wee Fan-tailed Warbler, zitiing away, the way that cisticolas do. 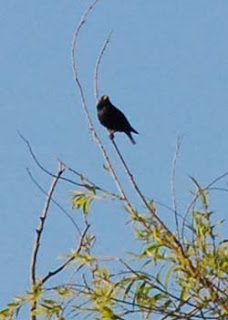 Next to throw itself in front of the camera were several Spotless Starlings - now I'm not claiming these birds are good, or even that these are good pictures of 'bad' birds, but it's going to be some time before I see these little things again, so if nothing else, here's a naff picture of something I won't see for a while. 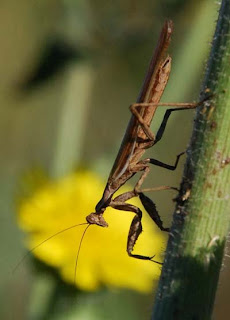 Anothing main reason for heading out this morning was to photograph a mantis spp that I had briefly seen on the first day. As luck would have it - there it was. 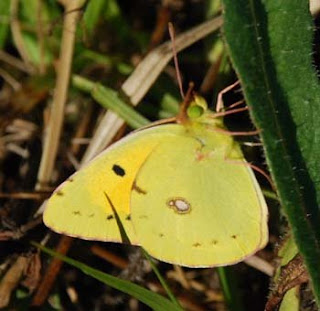 Many Clouded Yellows were seen on this holiday - as for which species they all were, your guess is as good as mine! 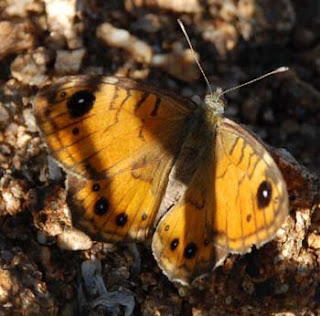 A species of Wall perhaps? Without greater knowledge this species is hence forth to be named, Corsican Wall - so there. 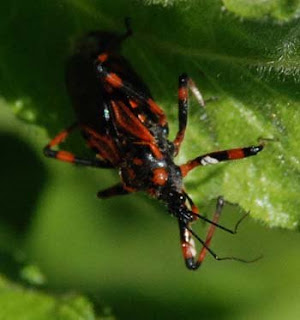 This was a very smart assasin bug, though again, quite which species, blah, blah, blah. 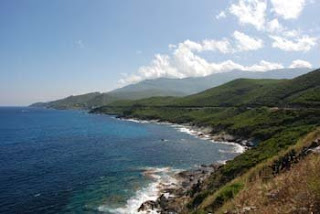 After breakie we did a grand tour of the northern cape of Corsica. All very untouched, clean and just nice. 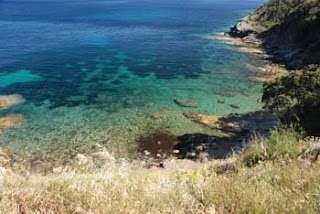 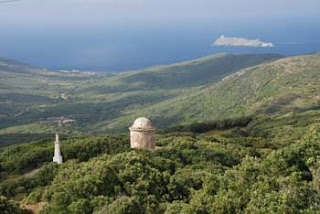 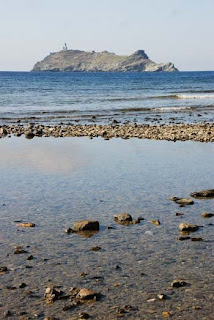 This island at the northern-most point looked a bit like Round Island on Scilly - well, to me it did. 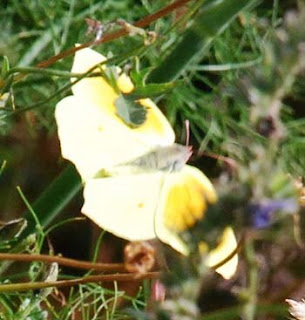 As a final treat we stopped and tried to photo one of the yellow butterflies that were flying around. Eventually, half success - a rubbish picture, but it does enable the species to be nailed - on this occasion Cleopatra or Gonepteryx cleopatra cleopatra.
Posted by The Bald Birder at 17:00