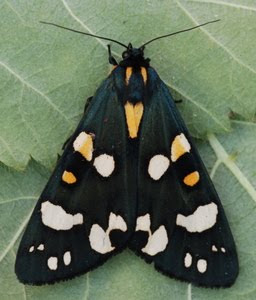 Scarlet Tiger - One of four caught last night. I had seen three in the town over the past 48 hours so was expecting them to fine their way in to the trap sooner or later. 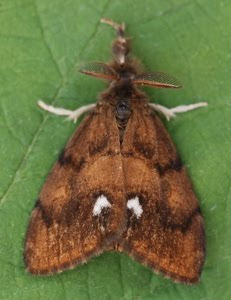 Vapourer - rare it may not be, but at least it looked very different from the average Heart & Dart still finding their way into my trap in their masses.

Not catch is complete without its fair share of unidentifiable Pugs! This mornings offering had some white markings on the thorax and abdomen - whether this is enough to say it is a Larch Pug, I'm certainly not certain! 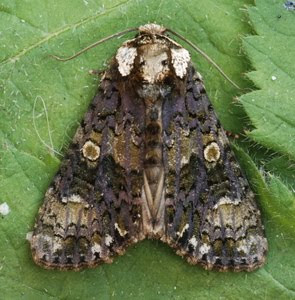 And finally, though this moth has very little resemblance to the book, I guess it is another Coronet?? Previous one caught last night (different individual) but this was better marked.
Posted by The Bald Birder at 21:41