With so many thrushes on site an early start saw the Bearded One and I setting nets pre-dawn in -6oC temperatures. We've had some really interesting recoveries and retraps from this activity in the past - making the conditions almost seem bearable...

Everything was going fine until after the first net round, freezing fog came in (or down or through or whatever fog does) and froze to the nets. The result was pure white nets that every bird in the world could see. As it was, the 75 (ish) birds that we ringing represented a fraction of what could have been processed. 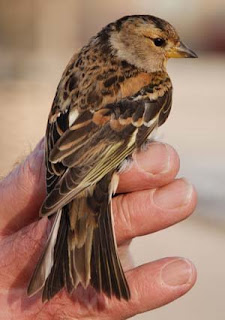 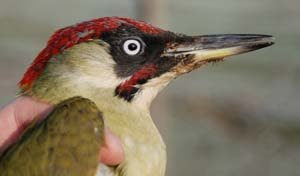 This male Green Woodpecker was a retrap from Jan 2003 (ringed as an adult) so now at least 8 years old. 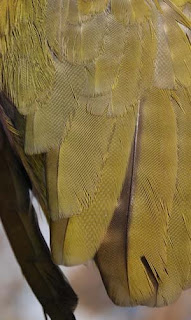 The tertials were clean with hardly any barring. After packing up, this Kingfisher showed well in the Bearded One's garden - my hurried attempts at a picture failed to impress me! 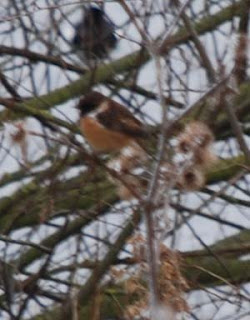 A walk round Larkfield Lakes produced this male Stonechat on the edge of Tesco Lake... 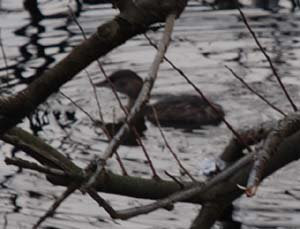 as well as numerous camera-shy Little Grebes
Posted by The Bald Birder at 10:41