4 September 2008 – Pelagic off the Isles of Scilly

With Saturday’s Humpback in mind and a wind getting windier, there was optimism, in my mind at least, before boarding the MV Sapphire. 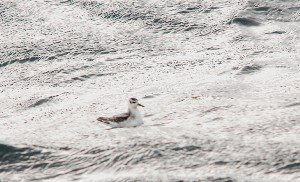 A lumpy sea provided three Grey Phalaropes whilst we were on our way to our unknown destination. 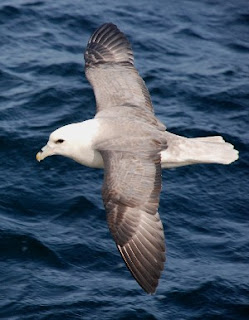 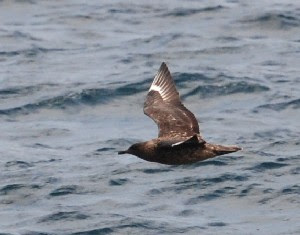 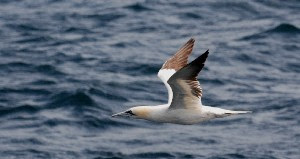 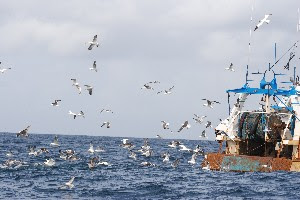 What followed was chumming, looking, more chumming and more looking before the option of visiting a trawler, about 4 miles away, was put on the table. Given the lack of interest in our self-generated (fish) oil slick, the trawler seemed interesting.
Arrival with the trawler found a large group of birds, mainly Gannets and gulls, feeding and flying around – they all seemed to trying to hide rare sea birds… 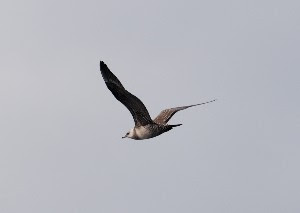 Highlights amongst the birds included a juvvy Long-tailed Skua, Sooty Shearwater, several Bonxies, Manx Shearwaters & Storm Petrels. The Long-tailed Skua is a really good bird for the Scillies and would have been a Scilly tick for me, had I not seen an earlier bird on a previous pelagic! 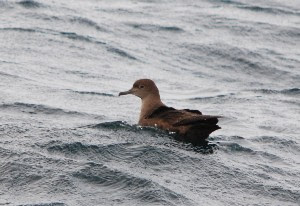 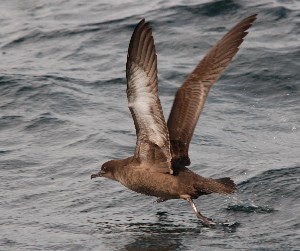 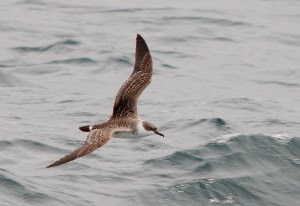 Towards the end of our stay a superb Great Shearwater made the first of several fly-by’s – OK is wasn’t a White-faced Petrel, but it was a great bird at the end of a great little family holiday. 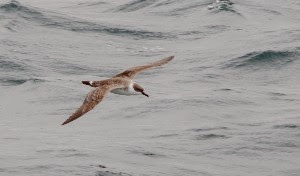 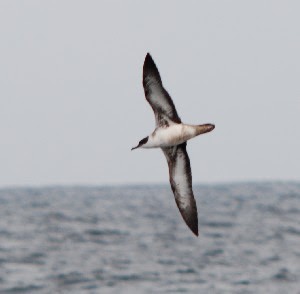 As for tomorrow? A fast-tracking depression is reported to be winging its way across the Atlantic and heading for Scilly… Will it deposit a predicted plethora of New World vagrants on the doorstep of our holiday accommodation? We won’t know the answer to that until tomorrow – but it does look promising.
Posted by The Bald Birder at 17:43