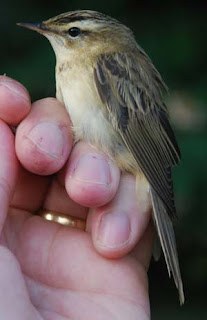 An early start to join Mark Love on a ringing session at St Margarets. Thanks to Operation Stack, Mark had already got the nets open and was processing birds by the time I arrived. In addition to this Sedge Warbler, we caught a Grasshopper Warbler and a few Reed Warblers. 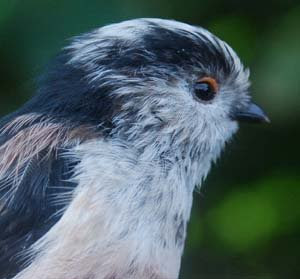 A group of 7 long-tailed Tits were caught - providing me with ample opportunity to get practising with my 'extractions' (removing a bird from a net - not taking it's teeth out!). 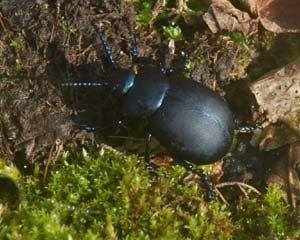 Presumed Bloody-nosed Beetle marched past as we were packing up. 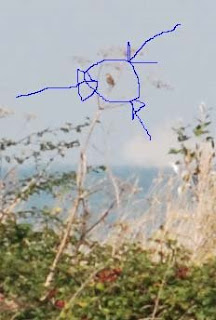 Mega-alert only went off twice while we were ringing - once for a Western Sand in Ireland and once for this Fan-tailed Warbler. After packing up the ringing session I slowly made my way to Swalecliffe. Though news on the pager sounding les than positive, the bird duly performed 2 minutes after my arrival - yo-yoing and then perching in a dried Umbellifer before another yoyo performance and its departure. 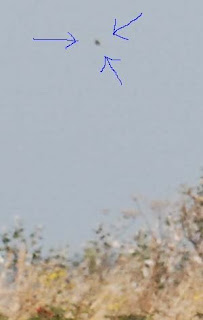 Though looking as though I've got some dust on my camera's sensor - this is 'the bird' of the day. Of course, it could be anything - and given the number of Honey Buzzards heading down the East coast it could be one of those. Tomorrow perhaps...