The week 15-19 Sept was always going to be difficult for me with meetings around the country from Monday to Friday. Thus, when news broke on Thursday evening of an American Redstart at Mizen Head, Ireland, I was in no position to make a move west to catch a glimpse of the little gem. This, I have to say, was a great shame for me, as I’ve ringed hundreds of Am Redstarts in Jamaica and I’d dearly love to see one on this side of the Atlantic.

It was during a meeting on Friday 19 September that mega-alert broke news of a Cretzschmar’s Bunting on North Ronaldsay. By the time I was out of the meeting, it was doom and gloom on the phone to birders and plane charter companies – seemingly this was one bird and one island too far.

Early Saturday morning and the surprising news (given the clear skies) that the bird was still present. By 8am I’d drawn a blank – though trying, my final low point was when Pete Davies phoned again whilst birding in sunny Essex to ask if I’d made any progress, “No I f**** hadn’t”, I gave up completely.

Five minutes later and inspired by Pete’s comment and a conversation with Adrian Teapot, operation ‘We must be barking’ was put in to place:

Shortly after 2pm on Saturday, with my stomach in knots, I kissed the Good Lady Wiff goodbye and drove away from home, due West to Guildford. By 4am on Sunday morning we were in the car park at John O’Groats (for a nice nights kip on to gravel), at 9am we had all met up and were aboard the ferry and enjoying fabulous numbers of Tysties, Bonxies and Gannets. 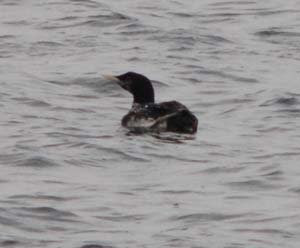 Our minibus arrived at precisely the same time as we docked and sped us via the superb White-billed Diver to Kirkwall. At 10.30am we were all aboard the MV You’ve-Got-to-be-Joking and bound for North Ron. Eventually, after many false alarms, North Ron appeared on the horizon and slowly made its way towards us. 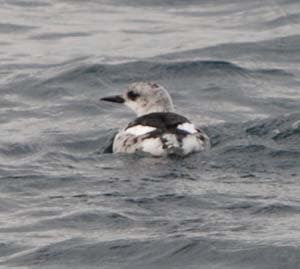 We’d phoned the obs in advance, the staff of which met us at the harbour and transported us (past Evan and Heard) to Sangar – the temporary home to a male Cretzschmar’s Bunting! 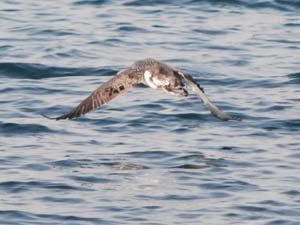 Or at least, it had been home to a male Cretzschmar’s Bunting – but not when we arrived. The little sod wasn’t to be seen and all reports pointed to it having flown north about 30 minutes previously. 45 minutes later, there was still no sign…. Surely not – not all this way just to dip it!!!!!

I had left the others an found a Yellow-browed Warbler when, distantly, I watched as the group that I’d organised make a concerted move – a telephone call confirmed it, they were watching the bird - and I wasn’t!

As I ran back, the group split up – the bird had flown. This was going to be even worse – I faced a return trip with nine people having seen the bunting, but not me!

Thanks to Alex Lees, however, my worst nightmares did not become a reality – he relocated the bird, yet again, exactly where he said it would be and apparently shortly after two folk had just walked the same patch. 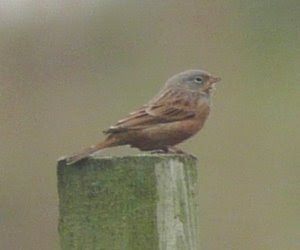 Saying ‘good bye’ to North Ronaldsay and retracing our footsteps was all done with big smiles all round. Docking back in Kirkwall we split up to go to our various hotels and B&Bs – several pints, glasses of wine and gin & tonics later our heads hit our pillows.

Heading back to the ferry the W-B Diver was distant, but Twite put on a little demonstration for us. A few pictures taken at John O’Groats and we were off – 770 miles back to The Good Lady Wiff (if you have to go via Warwick and guildford!!!). 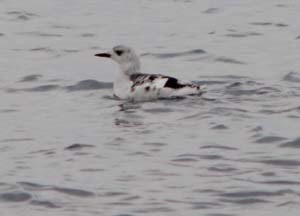 Going as a group, staying together, going the distance safely and seeing a great bird – this was surely one of my most enjoyable twitches ever. But please, not another twitch for a while! 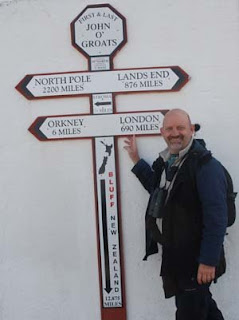