I joined The Beareded One for a ringing session in South Foreland vally, St Margaret's 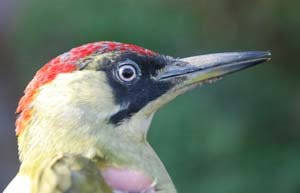 . Despite half a dozen nets up, we failed to catch an Eastern-crowned Warbler or a White-throated Robin! Shame, but at least we hadn't gone to Wales for a dip on the Little Blue Heron which we had seen earlier in the month in Ireland.

This female Green Woodpecker was one of the highlights of this morning's efforts. 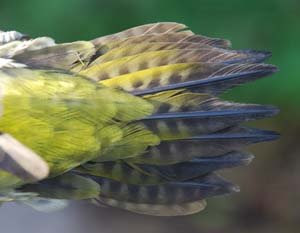 I tails of woodpeckers are really quite amazing structures. Stiffer than a bishop in a brothel, the tail feathers are used as a prop when the bird is climbing a tree. 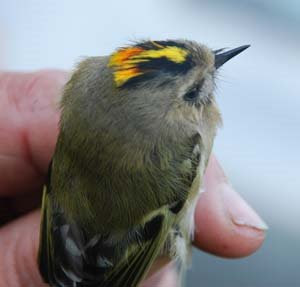 Nice ringing session BB. In answer to your question, - I'm not a ringer, but I help out a ringer, who lives a few doors up from me. He has caught a few Pied wags, but as yet has had no controls from them.