Took lunchtime out along a footpath at lunchtime, primary aim was to search skyward for migrating raptors - most notably, to look for Ospreys.

Whilst this might seem a little optimistic, the reality is that there must be several hundred birds pass over our heads each Spring, and several times that each Autumn. Indeed, in Sept 2008 I spent a memorable few hours, looking skyward, in my back garden in Kent - and looking at the radio-tracked Ospreys, their routes are fairly north/south, without favouring the South-East corner.

Could I really repeat the exercise? 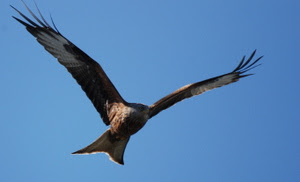 First up, the usual Red Kites. 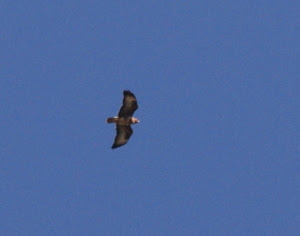 And then the first Buzzard. 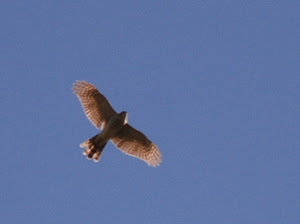 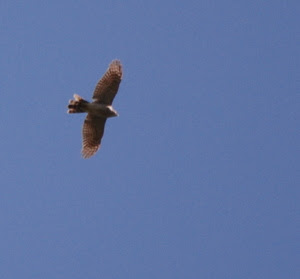 Three species of raptor, so far.... 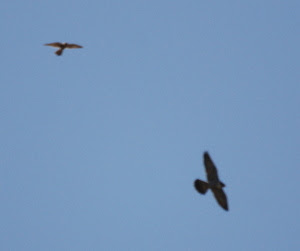 My attention was then drawn to two very distant raptors - Kestrel and a Peregrine. 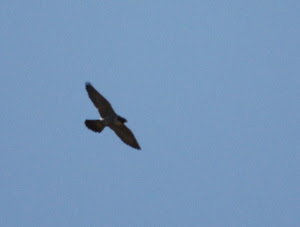 With the Peregrine giving only record-shot views (it was so far away it could have been in Hampshire!). 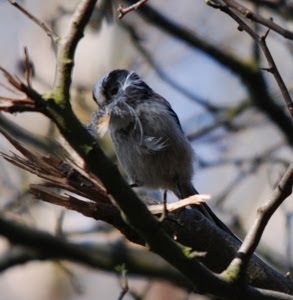 Five species of raptor in my lunchbreak and even a wee Long-tailed Tit gathering nesting material. Still, it was certainly worth some time looking skyward even though there was no Osprey to reward me!
Posted by The Bald Birder at 22:45